The Stories of John Cheever, which won the National Book Critics Circle award in 1978 and the Pulitzer in 1979, is a chronological collection that spans Cheever’s short story career, from pre-WWII up to 1973. To read this collection – just shy of 700 pages – is to live in Cheever’s head, tracking his artistic and personal development in a way that a single novel or volume of stories doesn’t allow.

These are not happy stories. The earlier pieces are particularly bleak and raw. While the later stories are deeper and more nuanced, they are still pretty dark. Precious few have cheerful resolutions. The best Cheever’s characters seem to achieve is contentment despite imperfect circumstances.

Cheever’s is a world of commuter trains and cocktail parties, where everyone wears hats, has a cook, drinks martinis at lunch, summers, sails, and commits adultery. Not everyone is rich; in fact, money problems are a continuing theme. But the trappings, however tarnished, of a mid-century, Northeast corridor, upper crust way of life hang on all the stories. And that is Cheever at his best. He can bring us so deep into that world that it feels like living it.

I read this book back in 2006 or so, before I started this blog.  I can't say I enjoyed all the stories, but the collection left a powerful impression that has stayed with me.

This is the first time I've participated in Flashback Friday, but I like the idea and hope to participate more often. 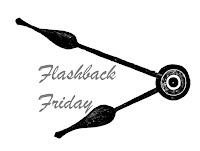 Pick a book from your reading past to highlight -- something you’ve read yourself and wish everyone would read, preferably that is still in print, but was originally published five or more years ago.


Posted by Gilion at Rose City Reader at 5:00 AM 4 comments