We got light fixtures, knobs, and pulls this week.  With all those details in, it is hard to accept that we still have no tile, so are a long way from finishing. 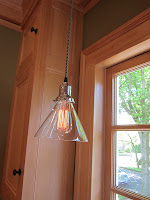 I love the old fashioned "Edison" blubs in these Schoolhouse Electric fixtures.  One of Portland's oddest but best stores is Sunlan, home of "the light bulb lady," where you can buy any kind of light bulb ever made.  These look as much like the artisanal light bulbs on Portlandia as you can get. 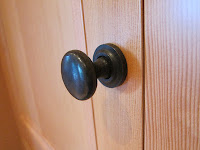 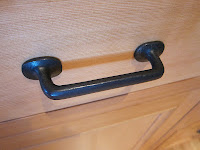 Two books I read this week had a cooking theme.  The Hills of Tuscany by Ferenc Máté was a typical but still wonderful ex-pat memoir about a couple who moved to an old country house outside of the village of Montepulciano.  There are all kinds of descriptions of Tuscan food and wine that made me want to stomp grapes and smoke my own prosciutto.

Son of Holmes was an early effort by John Lescroart, who went on to write a successful mystery series, and spin offs, set in San Francisco and featuring lawyer and sometimes bartender Dismas Hardy.

Son of Holmes is set in France in the early days of WWI, where a master spy rumored to be the son of Sherlock Holmes is under cover as a chef in a provincial town.  He drinks a lot of beer -- a LOT of beer -- and putters in the kitchen, but there isn't much discussion about the food he is supposedly cooking.

Posted by Gilion at Rose City Reader at 2:41 PM 1 comments