Celebrating Food Freedom, One Pig at a Time

This week's police raid of the Rawsome Foods co-op in Venice, California got me thinking about the black market pig in my freezer.

I don't know much about my pig -- I don't know his name, for instance.  Or even if "he" is a he.  I do know that he grew up an only pig on a very small family farm in the outskirts of Portland, and lived a happy life until he, humanely, went on to his higher calling.  And that he is tasty.

But, because I bought 100 pounds of tidily-wrapped butchered pork and not a half of a still-living pig, the pig in my freezer is, technically, contraband.

According to James Beard's American Cookery and this high-sodium gem, Pork, Sausage & Ham, you make bulk sausage by grinding pork shoulder with pork fat at a roughly two to one ratio, then adding a blend of seasonings.

I didn't actually have extra pork fat in my larder, but I did have a cube of cured salt pork, so I used that.  I ran it through my grandmother's hand-crank meat grinder, and then ran it through again with the ground pork and seasonings, as instructed.

Maybe my ground pork was already fatty enough, but the sausage at that stage looked like it had too much fat and not enough meat.  I didn't have any more thawed pork to add, so I re-named the "meat grinder" a "food grinder" and had fun running the mushroom stems, a half an onion, four garlic cloves, and a couple of roasted red peppers through it and blended that vegetable mix into the sausage.  Much better.

The stuffed mushrooms were delicious.  The sausage wasn't very salty, so it tasted more like a meatball than sausage.  But it didn't have any breadcrumbs in it, so it didn't have the texture of a meatball.  Between low-sodium for the Hubby and low-carb for me, maybe that is the best that can be expected.

The best part was knowing that, at least until I get caught, I was free to enjoy meat raised and processed the way I want it to be, purchased at a reasonable price agreed on between me and the farmer.  That's how every meal should be.

In the meantime, I'll continue to eat the evidence. 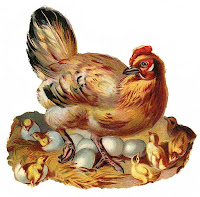 Posted by Gilion at Rose City Reader at 3:06 PM 4 comments