James Beard's American Cookery is my go to cookbook for just about everything.  Well, that's probably a toss up with The Joy of Cooking.  But I usually go to JBAC first and turn to TJOC if Beard doesn't have the recipe or I want a simplified version.

My husband brought this cookbook into our home (ours has a different cover). I don't know how I got along without it. It is now an essential part of my cookbook library.

Today, I used his recipe for roasting a pork shoulder roast. I usually just stick one in a very low oven (225) in a covered casserole and cook it for hours, until the meat falls apart. That's a great way to go to get a huge pile of shredded pork for soup, chile, tacos, b-b-c pork sandwiches, whatever.

But I wanted to try something new. Beard says to cook the shoulder (or "picnic" roast) the same way he suggests for a leg of pork roast, which is to rub it with salt, pepper, sage, and garlic; put it in an uncovered roasting pan, fat side up; cook it at 300 for 25 minutes per pound, or until 160 degrees inside, without basting; turn up the temperature to 400 for the last 20 or 30 minutes, basting often, to crisp up the fat; then let it set a while. It is messy to carve because of the bone, but tasty.

We'll see. It's in the oven now. It smells very good. It will make a nice dinner tonight and maybe we will make sandwiches tomorrow for a Labor Day picnic. 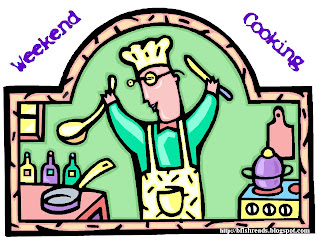 
Posted by Gilion at Rose City Reader at 12:52 PM 8 comments