Author of the Day: A. J. Cronin 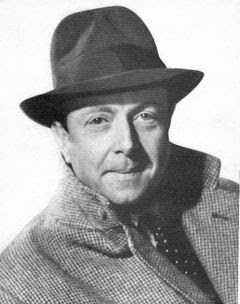 A. J. Cronin (1896 to 1981) was a prolific mid-century author who wrote more than 20 novels, many which were made into movies or television shows.

Cronin was born and raised in Scotland, with a Protestant mother and a Catholic father. Many of his characters came from similar backgrounds.  Cronin was a medical doctor before he became an author and many of his books, especially his most famous, The Citadel, concern medical school and doctors.

I have had a copy of The Green Years on my TBR shelf for decades. But I only got around to reading his books after I found a nifty matching set of six of his most popular books at a library book sale. I started with Three Loves, his second published novel and the earliest in my set. I was swept away in the story, which is sometimes all I want out of a book. 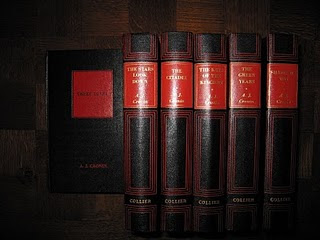 I may never get around to reading all of Cronin's fiction and non-fiction -- most of his books are out of print -- but I would like to try. I only included novels and his autobiography on my list, I have not included "serial novellas" (unless they have been published in a book), short stories, or a play.


Those I have read are in red; those on my TBR shelf are in blue.

A Thing of Beauty (also published as Crusader's Tomb) (1956)