Opening Sentence of the Day: India: The Rise of an Asian Giant 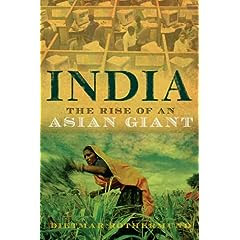 "The Indian giant is rising like Gulliver after being released from the web of threads with which he had been pinned down." -- India: The Rise of an Asian Giant by Dietmar Rothermund. This book about India's economic rise by a German scholar has not gotten much play yet. But it looks interesting and, judging from the opening line, it is not going to be horribly dry.

Posted by Gilion at Rose City Reader at 7:00 AM 1 comments