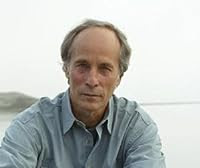 I have been smitten with Richard Ford ever since he introduced me to his Everyman hero Frank Bascombe in The Sportswriter. I followed Bascombe through the Pulitzer-winning sequel, Independence Day, and the most recent Lay of the Land. Like John Updike's Rabbit novels, Bascombe's saga offered me a tour inside the male psyche for which I am grateful and on which I often muse.

Ford also is justly acclaimed for his short stories. Those I have read, I appreciated. But I am not good about reading short stories -- always passing up a volume of stories for a novel when picking my next book. But I plan to read Ford's short story collections as well as the novels. Vintage Ford is a collection of previously published stories, but I include it on this list because it also includes a short memoir published for the first time.

Those I have already read are in red. Those currently on my TBR shelf are in blue. I will eventually read them all.