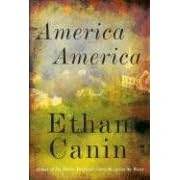 America, America is Ethan Canin’s masterful portrait of American political life on the cusp of Watergate, balanced between the relative naiveté of amateur-driven, old school politicking and the cynical, scandal-worn future of professionally-run campaigns driven by instant access to information.

The story of Senator Henry Bonwiller’s 1972 campaign for President is told by Corey Sifter, son of working-class parents who is taken under the wing of the powerful Metarey family. The derailment of Bonwiller’s campaign (with its heavy tones of Ted Kennedy’s Chappaquiddick adventure) is more morality play than murder mystery. Through Sifter’s first-hand participation as a minor campaign worker and his later reminiscences touched off by the Senator’s death, Canin unfolds the parallel stories of how Bonwiller’s downfall played a key part in the country’s and Sifter’s political maturation.

This is not a fast paced book, but it is beautifully told, pitch perfect, and, particularly for readers who came of age prior to Watergate, poignantly captures the last glimmers of an earlier political era.

Posted by Gilion at Rose City Reader at 10:37 AM 2 comments