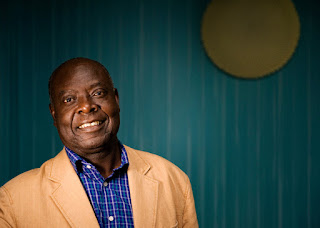 AUTHOR INTERVIEW: EMMANUEL DONGALA
Author of The Bridgetower Sonata: Sonata Mulattica (2021, Schaffner Press)
Emmanuel Dongala is a Congolese novelist who fled his native country during the civil war in 1997. He was a professor at Bard College at Simon's Rock until 2014 and still lives in Massachusetts. He is the award-winning author of several novels, the latest of which is based on the true story of George Bridgetower, an 18th Century violin virtuoso and the son of a Black man from the Caribbean.
Bridgetower was a child prodigy who entertained Parisienne high society then fled to London to avoid the French Revolution and enjoyed the patronage of the Prince of Wales. He later moved to Vienna and became the friend and collaborator of Ludwig Van Beethoven. Dongala's new historical novel brings life to this forgotten story. 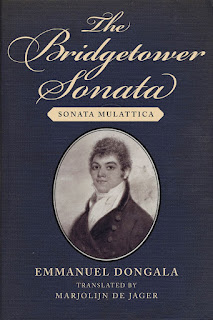 Emmanuel talked with Rose City Reader about George Bridgetower, his new book, and researching historical fiction:
Who was George Bridgetower?
George Bridgetower was a Black musician – he had a Polish mother and a Black father from Barbados. He befriended the young and upcoming composer Beethoven in Vienna. The latter’s most famous violin sonata known today as the Kreutzer sonata was originally written for Bridgetower.

What drew you to Bridgetower’s story and made you want to write The Bridgetower Sonata, a historical novel about his life?

For me, it was both fascinating and challenging to write about this musician, very famous during his time and yet completely forgotten today.

How much of your novel is based on true, historical events and how much did you have to imagine? In particular, how much do historians know about Bridgetower’s interactions with Beethoven, Thomas Jefferson, Alexandre Dumas, and other real people depicted in your book?

The book is based very much on historical events. Examples: The last concert Jefferson attended in Paris where he was the US ambassador was a concert given by Bridgetower. The falling out between Beethoven and Bridgetower was about a woman, Giuletta Giuccardi. Bridgetower was really adopted by the future king George IV etc. However, all the details, the dialogues, the interactions between the protagonists are of my imagination.

How did you research the historical information and detail found in your book? Did you have access to primary source materials?

I used all sources available. I even found a French magazine of 1789, where was the review of the first concert given by Bridgetower in Paris.

Did Beethoven really dedicate a sonata to Bridgetower before changing it to the Kreutzer Sonata? What is the story there?

Yes, he wrote it for Bridgetower. The original title was Sonata Mulattica, as a joke toward his friend who was what they used to call then “mulatto” a person of “mixed race” as they say today.

Why did you choose to write Bridgetower’s story as historical fiction instead of straight biography?

I am a novelist. [Ed. note: Best answer ever to this question.]

The biggest challenge was how to get out of all the historical material I collected during my research and turn it into a novel.

What is your background? How did it lead you to writing fiction?

I am a scientist, a chemistry professor. I was always an avid reader and this led me to try may hand at writing.

Is your own writing influenced by the authors you read?

I think all writers are influenced by other writers. Not necessarily directly, but all that they absorb here and there by reading.

The best advice I can give to a would-be writer is to read a lot, be an avid reader in all categories.

Right now I’m re-reading The Underground Railway by Colson Whitehead.
THANK YOU, EMMANUEL!
THE BRIDGETOWER SONATA IS AVAILABLE ONLINE IN HARDCOVER AND EBOOK.