Although vampire stories had been around earlier, it is Bram Stoker's sensational 1897 Dracula that promulgated the iconic version of the garlic-hating, crucifix-fearing, blood-sucking nobleman as Count Dracula, king of the vampires.

The novel is told through a series of documents, including journals, letters, telegrams, ship's logs, and newspaper stories, most written by the protagonists to memorialize their remarkable adventures.  The various writings track the growing comprehension of the vampire hunters, their planning, and the chase for Count Dracula as he attempts to relocate from Transylvania to London.

The book feels fresh and new, despite its age and multiple adaptations.  There is an innovative air to it, in part because of its fast-changing epistolary format, and also because of the gadgetry adopted by the characters.  For example, the doctor dictates his journal to phonographic cylinders and  the heroine brings a manual typewriter on their journey.

But mostly the book is an excellent adventure story of a band of heroes fighting off an invading force of evil.  It is particularly exciting because the rules of engagement are always changing -- even as the heroes, led by Professor Abraham Van Helsing from Amsterdam, figure out the danger and adopt traditional vampire-fighting methods, Count Dracula adapts and grows stronger and wiser.  The tension is always increasing as the good guys and Dracula vie for the upper hand, right up to the breathtaking finale.

If you would like your review of this book listed here, please leave a comment with a link and I will add it 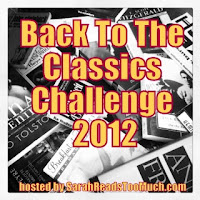 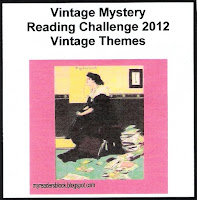 It also counts as one of my audiobooks for the 2012 Audio Book Challenge. The unabridged audio version I listened to was very good, although I far preferred the male reader to the female reader.  She went a little overboard with the breathy Victorian sentimentality.  He was excellent, especially with his Dutch accent for Van Helsing that brought a necessary comic touch and made the professor the real star of the show.