Review of the Day: The Wall in My Head 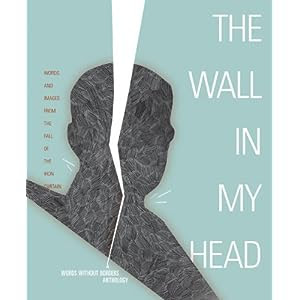 The Wall in My Head: Words and Images from the Fall of the Iron Curtain, published by Words Without Borders Anthologies, is a powerful collection of fiction, essays, poetry, and historic documents about life behind the Iron Curtain after there was no more Iron Curtain. Most of the pieces are short stories, some by world-famous authors like Milan Kundera, some by authors known only in Eastern Europe.

This is a dense book and, because the pieces are written by behind-the-Iron-Curtain authors, there are insider references and imagery that take a while to figure out. But the overall picture built up through little details and different perspectives is fascinating. For example, this snippet from "The Road to Bornholm" by Durs Grunbein really beings home what it must have been like to live through suh historic events as the fall of the Berlin Wall:

This is a book that will stick with the reader long after the final page.